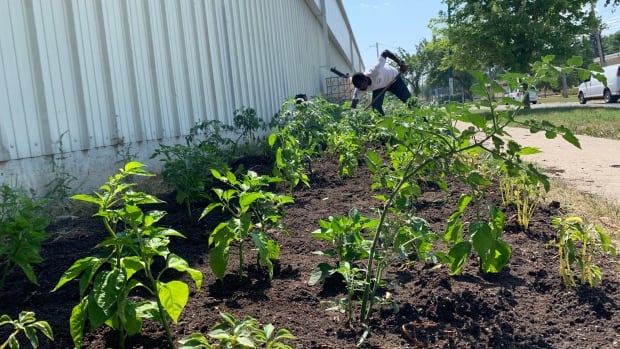 Groups with green thumbs will soon be able to take advantage of some garden grants.

The City of Winnipeg is offering a total of $7,000 in grants for new community garden or urban agriculture projects.

The city’s food board learned Tuesday that the grants are part of the city’s decision to declare 2022 the “year of the garden.”

Grants of up to $2,000 are available to all community groups, but groups led by people of color are encouraged to apply, according to a draft request.

“We know that Black, Indigenous, and people of color — and other equity-seeking groups — are overrepresented in food deserts and are more likely to experience food insecurity,” the council coordinator said. food, Jeanette Sivilay, in an interview.

“We have also seen a lot of requests from newcomer and refugee communities for space and funds to grow food in Winnipeg.

The grants are also a step towards making community gardening accessible, according to two first-year law students at the University of Manitoba.

“It’s a start,” student Lewis Lee said in an interview. “It’s better than having no grants at all, but it could still morph into something else that might be more sufficient or substantial.”

At Tuesday’s meeting, Lee and classmate Jayden Wlasichuk presented their research on how the city could improve its policies and regulations on community gardens as part of their work with Pro Bono Students Canada, an organization that provides free legal support to individuals and communities facing barriers to justice.

Part of Lee’s research focused on the extent to which city policies met the needs of gardeners.

“There are a lot of low-income gardeners who have to bear the full cost of supplies, and the city is not providing any kind of support,” Lee said, adding that other cities have funds available to help with supplies.

The students also suggested that city staff could improve access to community gardens by extending the one-year lease on individual plots.

“There is no concrete guarantee that they will have this space next year,” Wlasichuk said.

“So if they take the time to learn new practices or improve existing infrastructure in the garden, there is no real return on investment for someone, even if they are just cultivating the products for himself.”

Accessible community gardens can be a way to combat food insecurity and the costs of inflation, the students said, noting that many Manitobans have also dabbled in gardening during the pandemic.

There are eight community gardens from which Winnipeggers can rent their own plots, but the city’s website says you can initially register for only one plot per year.

“It would be great to see more community garden spaces open up,” Wlasichuk said, adding that the city could consider offering garden spaces in parks or unused urban land.

“That way people don’t have to travel long distances, which with current gas prices would be really great.”

Community groups hoping to access the city’s new grants should keep an eye on the city’s website. The application will go live from March 21.